I’ve spent the past week playing around with Artist Point, rebuilding the Example Worlds and getting a feel for many of the new features. I then got the idea to take one of the original Example Worlds (Tutorial 9 - Creating Roads) and make an updated version using what I’d learned. I put it together with the idea of donating it as an Example World containing a few advanced techniques. I stopped short of messing with the Viewport Settings, so if this was adopted and shared with the community officially, someone could come up with some nice dramatic lighting for it then.

You do have to have the dev channel build to open the .tmd but I think that’s an option for anyone with an Indie License or better. I’m not too clear about who can get access to it.

Anyway, those who can are welcome to take a look at it: 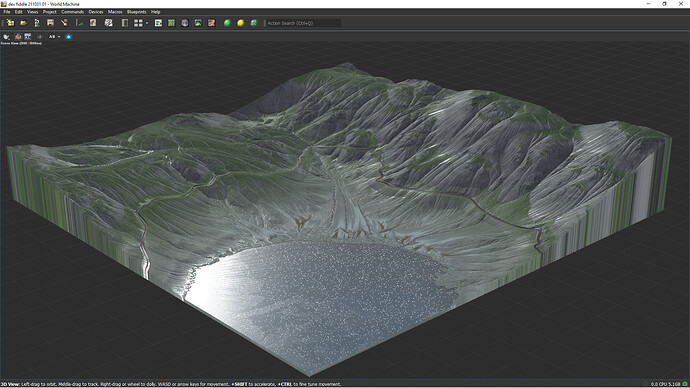 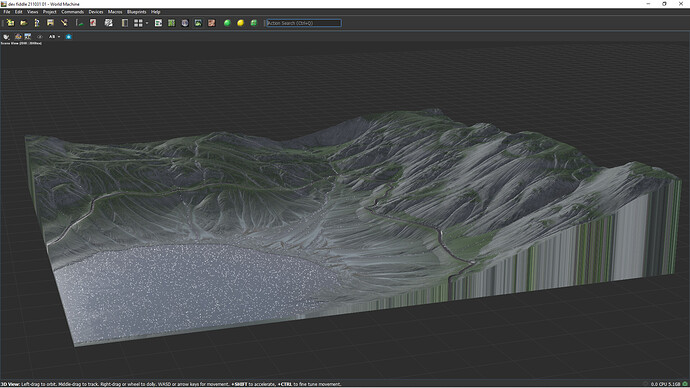 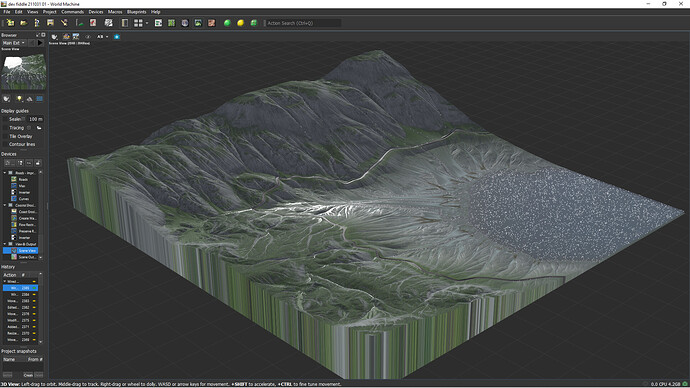 So, while waiting for another project to render, I opened this world file and poked around inside it. I realized that there was something wrong with the scale of the scene, and a little experimentation revealed that my roads were 100 m wide!

I had increased the extents but kept working, visually in a smaller scale. To correct this, I had to redraw the road (making a few other changes in the driving slope) in greater detail to reset it to a more practical 10 m wide country highway.

I also explored a better way to protect the slopes from being undermined by Post-Erosion, exploiting the Water Channel Mask input of the Erosion device, rather than just masking it off the bottom port. That experiment paid off and I updated the notes. I did a little reorganizing of the graph and took a few screenshots for the update post. The updated .tmd is attached below those. 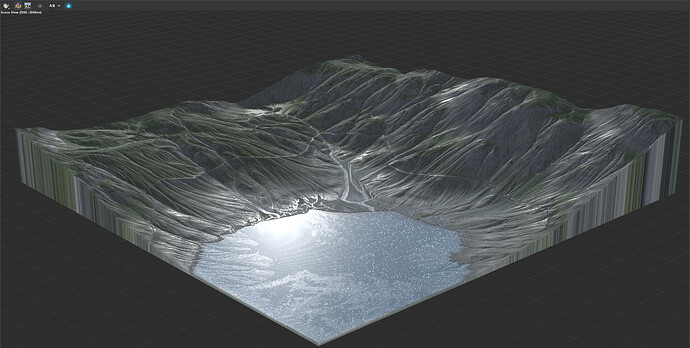 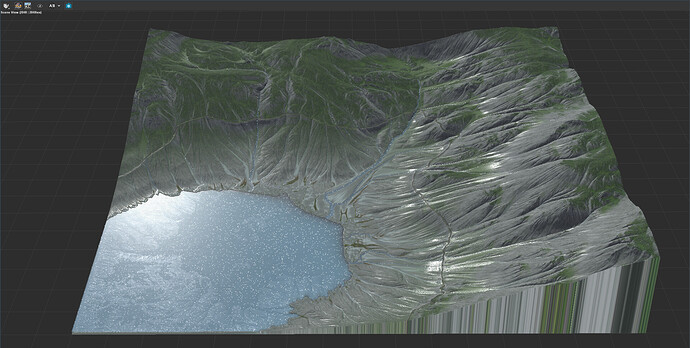 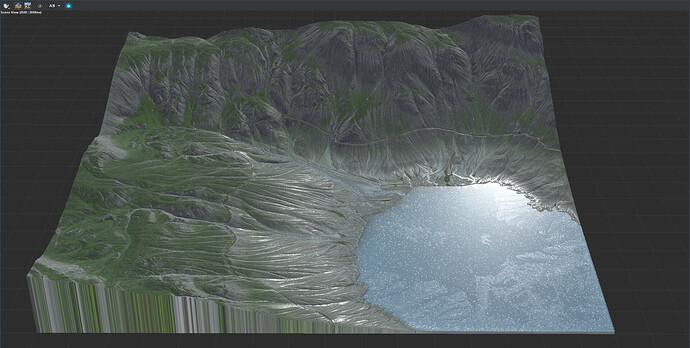