After letting this sit on my hard drive for a while, I think it would be better if everyone could use it in their own projects as well. This macro was used in this post: Work in progress macro for creating realistic mountain branching

A few known weak points of the macro are that it does not scale well with resolution, and adjusting the three sliders to reduce artifacts/sculpt the terrain can be tedious to do.

Download & Example World:
Branchifier ALPHA-1.dev (81.0 KB)
branched mtns test 1.tmd (546.8 KB) (This is a little messy but it is a quick demo terrain to demonstrate how this macro can be used)

I’ll likely release the rest of my macros on gumroad or here sooner or later so stay tuned.

Additional example file, this one is much better and is a full terrain example. I definitely remembered to texture the rivers as well 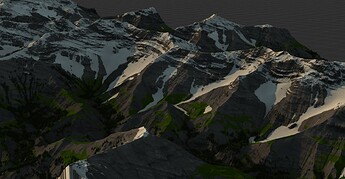 Can you also show what the input terrain looks like?

Here’s an updated version of the example file, for latest dev build (4032). Also added a scene view node for output. Macros still contain older version of the nodes though, so result looks similar, if not exactly the same. 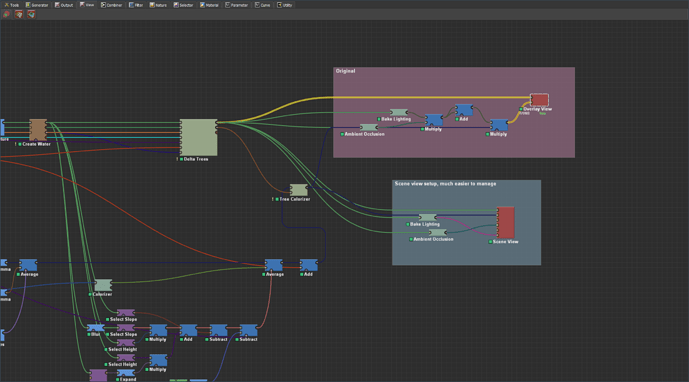 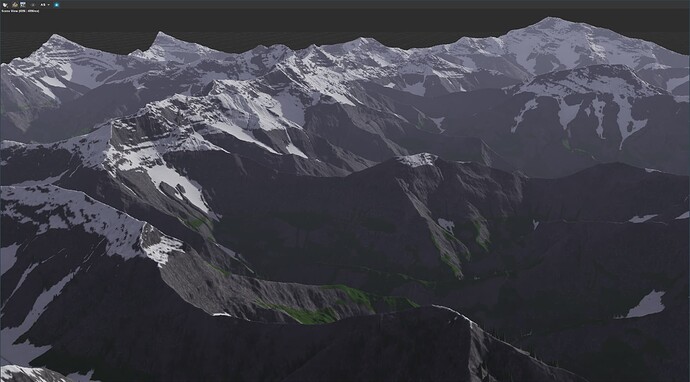 Is 4032 a Dev version, or did I miss a release? I haven’t looked at the Dev channel since Artist Point came out.

@davidroberson Yes, 4032 is the latest public dev version. Fixes some critical bugs from the release build.

Yeah. Turns out I was set only to receive notices of the stable channel build releases. I’ll update my dev version today. Thanks!