My project for the day started with an experiment to create better Foothills (over past attempts), and that ended up evolving into a macro for incorporating those Foothills into a main terrain. I’ll attach a working .tmd that contains a prototype macro (just makes Foothills, filling the extents) along with my current, terrain blending macro, added to a quick test landscape. 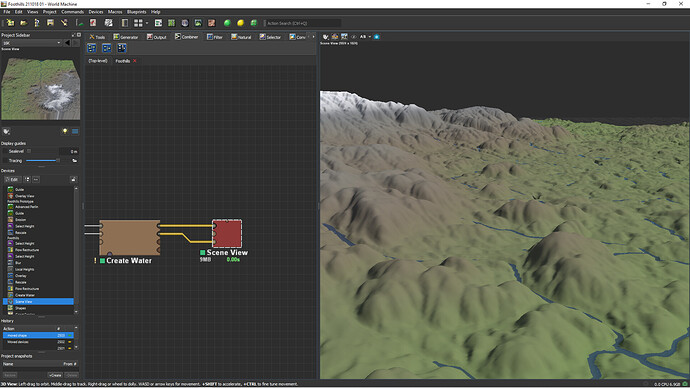 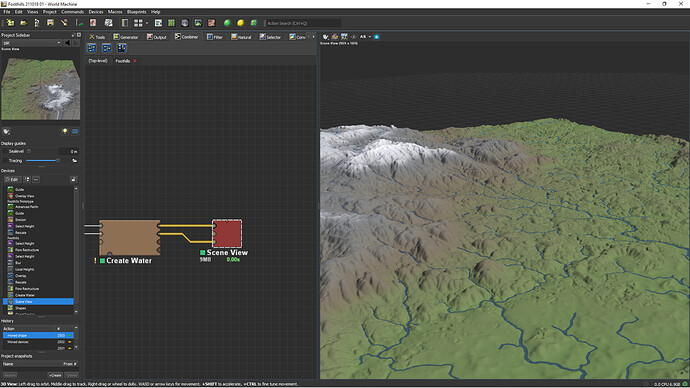 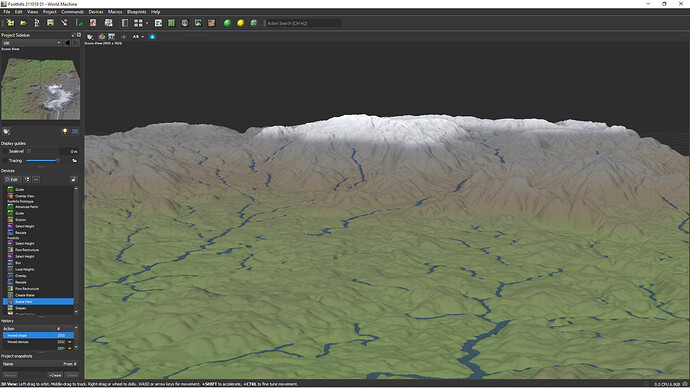 Comments and tweaking of the macro are all welcome. I’m not sure if the forum credentials I use (I use my Google account) will work for the macro sharing page, so this may be the place the final version gets shared, too. We’ll see.

Edit: Forgot to connect the Foothills mask output. I updated the file, and am adding a screenshot of the combined masks (from Scene View). 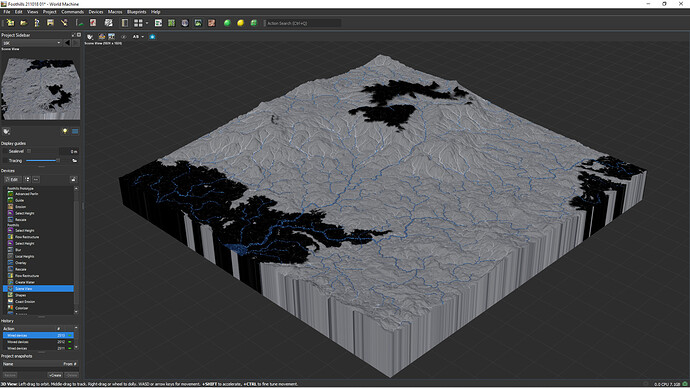 Alright, I’m back already with an update. I’ll just copy the Macro notes, since I already commented on the changes there:

This generator is for creating Foothills, with controllable Feature Scale, Elevations and Erosion Power. It takes your terrain as input, uses it as a Guide (which is Normalized internally) that controls Distortion and the Distribution of low to high hills.

Edit: Blending and Masking have been improved to allow for continuity of erosion beyond the Foothills. Additional masking has been added to preserve Peak details from Erosion.

Set Elevations according to the lowest, middle and highest elevations (you can sample them in the Explorer View) of your Foothills.

Set Erosion Power lower for smaller Feature Scales so smaller Foothills are not carved too strongly.

Softening is also sensitive to scale, so lower settings are recommended at a smaller Feature Size.

Edit: I found and fixed an error in my Erosion masking. Here is the corrected file:

Still testing things out… I created a long slope from mountains to plain, with a customized Quick Texture macro applied. Even with this gentle transition, the Foothills produce more of a rocky face than desired. I thought the slopes of the Foothills were a good approximation of reality, but the texture reveals a lot more cliff than seems right.

Maybe I’m just being a bit too critical. I’ll let you all play with it and see what you think. 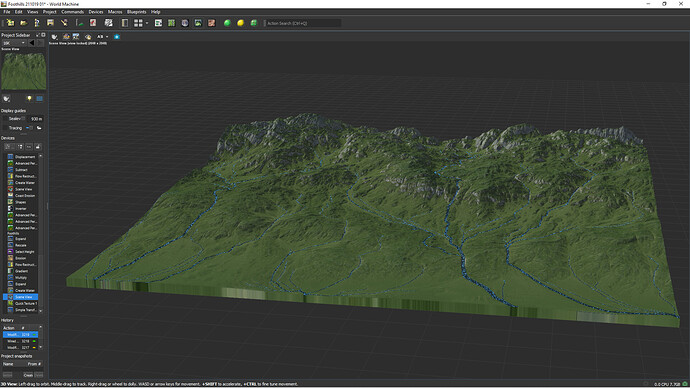 Here is the corrected version (see note above): 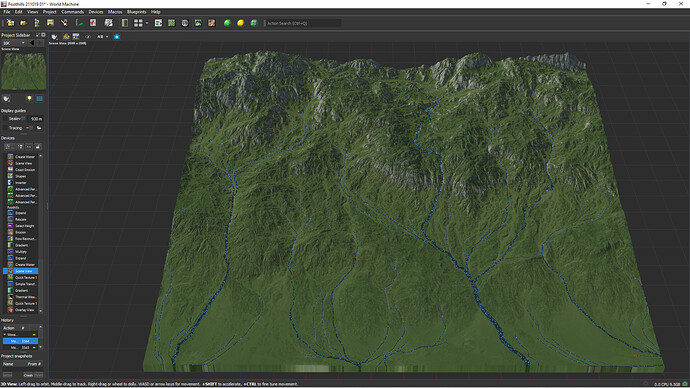 Okay, it seems that the Macro page is no longer linked to the forums. My login was not accepted by it, so for now, this is the place for people to get the Foothills macro. For those who just want to download the macro, without going into my test builds, here it is:

Looking great! Might take it for a spin soon

Cool! Just so you know, it’s fairly sensitive to the source terrain (that’s where the unwanted cliffs I was getting came from). It takes a bit of work to design a source terrain to get good foothills.

Hmm, I’m having a hard time figuring out how to use the macro, probably, as you say, because of the very specific guide terrain needed for it.

So to me it now more looks like a stand alone generator, instead of a filter that “carves” out the foot hills in your terrain, am I correct?

For a glimpse of how I used it, you can check out my work .tmd file. The macro will use the guide terrain to drive a Chooser that generates the hills, which will follow the height/slope of the affected part of the guide terrain. So, between the elevations (high, med and low) you should see more hill like structures than you had in that area before. If the slope is too great, you won’t really see many hills, unless you increase the min and max elevations.

I suppose it could be viewed as more of a generator (including the guide terrain) than something that “carves” into terrain. I’ll have to test it out on some different types of terrain to find out if it will work in more than one way.

Wow, I tried to use Foothills on a really large terrain (32km square) and discovered that I really had to bump up the hills Feature Scale to even see them. So, yeah, it might take a bit of tinkering to really understand this macro!