Getting Back Into It

I’ve got a new computer, and I’ve been getting back into World Machine as a result. First of all, going from an AMD FX-6100 to an AMD Ryzen 5 2600X is insane. Build times are way faster now (though this could also be a result of LTE, either way, I can now build full worlds at 4k resolution in the time it took my old computer to build 2k, and 8k maps are an actual possibility now). 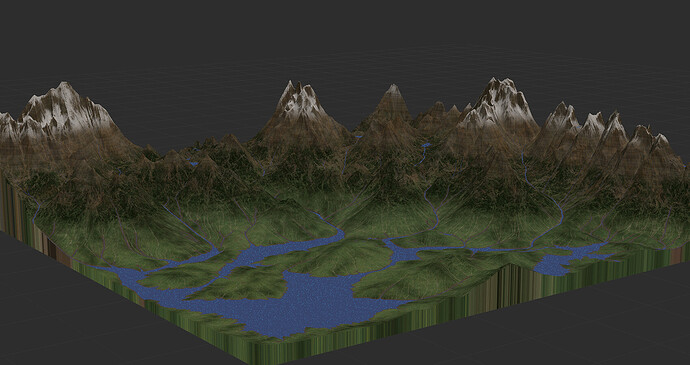 This world started out as an attempt to recreate some real world geography, but I started iterating too much and destroyed all the detail I’d made, so I turned it into practicing texturing. On that subject, for making coastline maps for lakes created by the Create Water node, does anyone know a better way than using the lake mask output and putting it into an Expander node? Or if not, does anyone know a better way to remove essentially single pixel lakes from the mask than manually painting out the problem areas (either using a shapes device, or in an external program)?

On that subject, for making coastline maps for lakes created by the Create Water node, does anyone know a better way than using the lake mask output and putting it into an Expander node?

You could of course use the Coast Erosion device for some lake creation, but it also appears you have lakes higher up. A problem with creating lakes using the Create Water device is the almost inevitable production of unwanted tiny puddles. This is difficult to fix procedurally. Could you share your node setup? I may be able to give you some tips if I have a better idea of your setup.

A problem with creating lakes using the Create Water device is the almost inevitable production of unwanted tiny puddles. This is difficult to fix procedurally. Could you share your node setup? I may be able to give you some tips if I have a better idea of your setup.

I’ve noticed that in the past. I’ve usually compensated by forgoing lakes altogether, but that’s not really a solution. I think the Create Water node could really benefit from a “Disregard lakes smaller than…” slider.
For the setup, I’ll apologize in advanced. The actual terrain generation is fairly organized, but the texture generation is a mess. 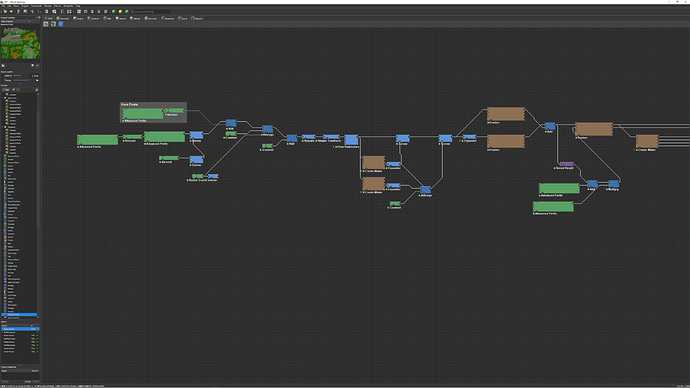 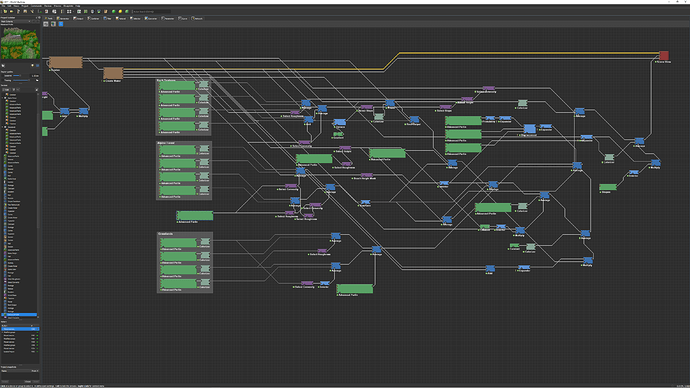 Where in this node network do you create the cavity in which the lake will form? 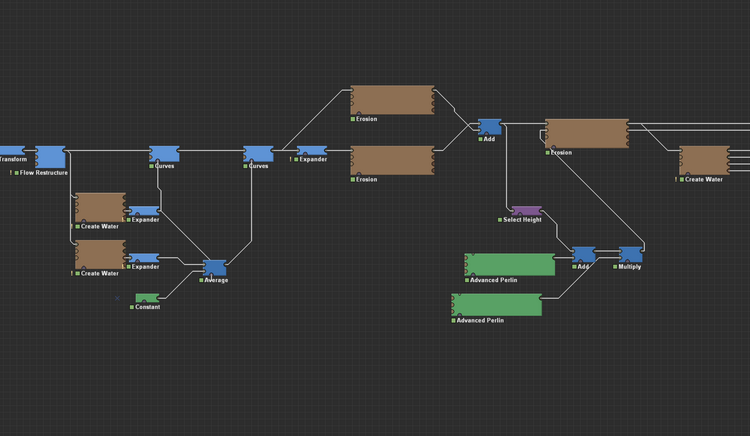 I suppose it is happening somewhere here, after the Flow Restructure device, but I simply can’t pinpoint where you subtract terrain. Is it the curves?

If so, what you need to do is to make sure your “cutting shape” quite abrupt/decisive. Fading it in introduces those small puddles. However, this does look a bit weird. 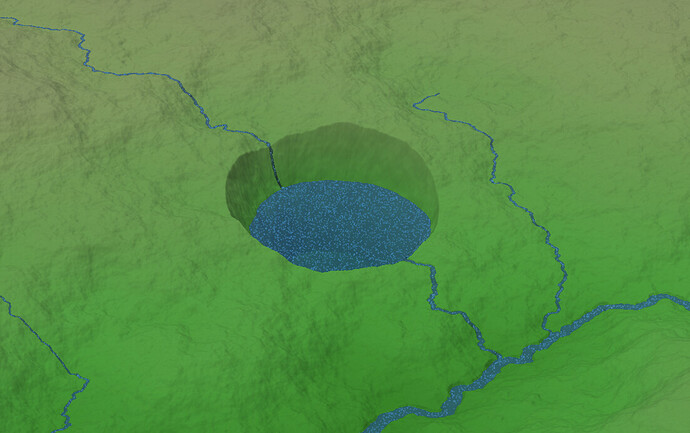 By doing some small erosion afterwards it looks a bit better, but still not really great imo. 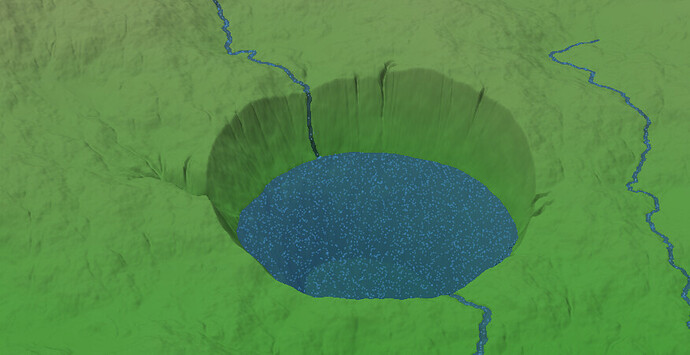 I am working on an improved Create Water macro, I may will add a “remove small puddles” or “only retain connected lakes” feature, that is quite a cool thing to implement.

For this project, I’m actually not subtracting the lakes from the terrain at all, they’re being generated by the final Create Water device in the scene. Here’s the actual project file, if you want to take a closer look at it.

I’ll do so later this week!

Well, there is no simple solution here, I’m sorry

I figured as much. I think, honestly, the easiest fix will be to just output the lake mask I’m using, bring it into Photoshop, and manually paint out the smaller ones. Shouldn’t actually be that difficult or time consuming to do.

That being said, I feel like the Create Water device could really benefit from a “Select Area” type device, built specifically for masks, where you could specify a minimum or maximum size threshold, and it mask out patches above/below that specified size. Though in practice, I can imagine that device would be slow to buid as it would have to essentially analyze every pixel in the map.

That was definitely part of the original idea of the water systems! The original Flow Restructure device had all kinds of provisions for leaving lakes alone above a certain size, allowing lakes in particular areas, etc. And the create water device could allow ‘unrealistic’ deviations from a flow structured terrain, that aren’t always that unrealistic – for example, death valley is cut off from the sea but has no lake

The problem was, it was extremely scale-sensitive and hard to control - at one scale, a particular ridge would be broken by the algorithm and no lake would form. A res 2x higher and it didn’t happen, and the entire area would flood. Things like that.

In the intervening time, I’ve had a couple ideas that I’m pretty sure can solve this problem, which is the good news. The bad news: I’m not due imminently to revisit the water devices – there are a lot of other areas that need another round of attention before returning to water (which was, after al, focused on in the last named release). I don’t know exactly when that will be; but I definitely look forward to it because outside of the ‘leave lakes alone’ mask input, there’s also multithreading support in the pipeline which will dramatically reduce the amount of time these devices take.