So this might be a complicated suggestion but hopefully I can get the point across with a few simple images.
I often find myself switching back to the the 3x erosion device because it modified their terrain more than the newer worldmachine: it conserves mass.
Let me illustrate an example

image2781×1278 583 KB
Here Im using erosion to redefine a mountain shape without affecting the underlaying mass too much, in other words, all of the mass/height removed is fully described by erosion and all mass added is solely due to deposition.
Settings used 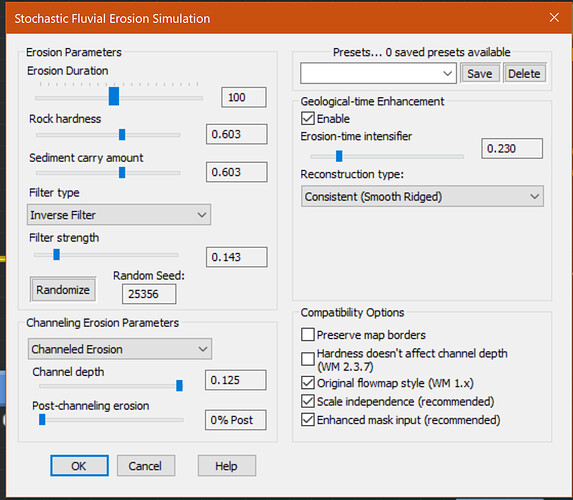 image2795×1244 627 KB
There are some all errors at the mask edge but those will be covered by talus/other stuff so arnt terrible important, also if needed the mask edge can be softened to remove the artefact.
Now lets do the same thing with 3026 and 4x erosion

image2871×1131 551 KB
Notice how the top of the mountain drops dramatically, but is not really explained by erosion itself, the mask errors are eliminated though
And the settings, the settings are the same save for the time intensifier, which WM automatically changes for some reason 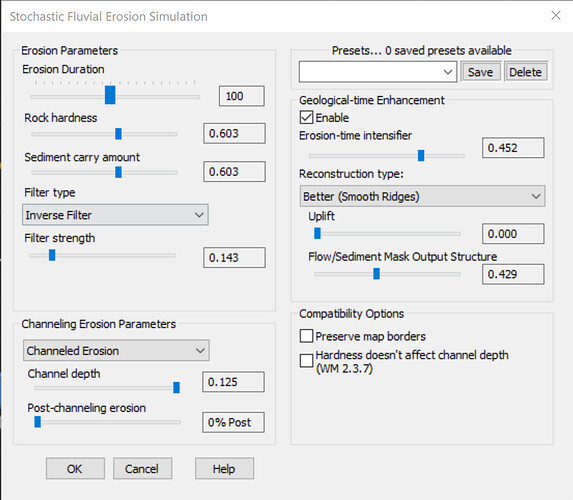 I think this has to be due to the uplifting that was introduced in 3026 to accommodate rivers. Even without a river input the uplifting raises or lowers the terrain in unexpected ways, this is overly apparent apparent in basins where you have some exposed feature instead of being covered by sediment, it gets artificially raised 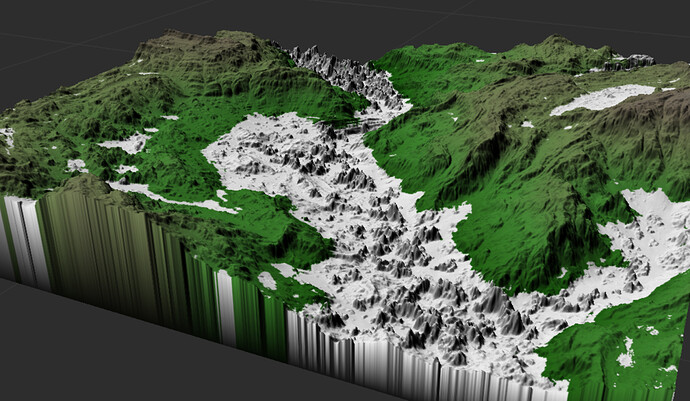 image2508×1460 712 KB
in this file I added a high frequency noise to the basin, after passing it though erosion I masked out the areas that where strictly higher. Notice how the noise was artificially raised, mass was not conserved
Compare this to the old erosion below: 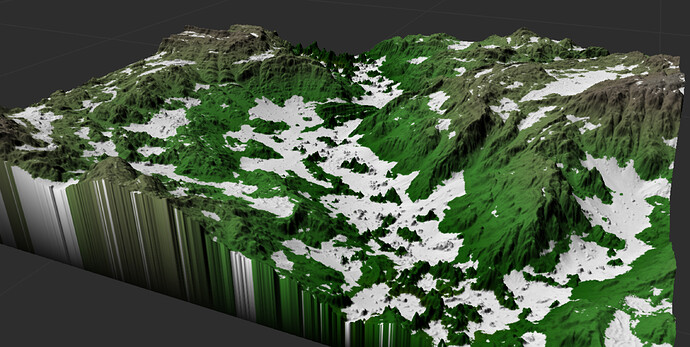 I will attach a example TMD below for people to play around with it yourself but scrubbing before and after is quite revealing.

Now why is this important? Well it has to do with control. I usually use erosion for various methods, either to define form, to to provide a light pass afterward. While the new algorithm and masks are pleasing, if it messes with the underlying form of my terrain in an undesired fashion then I cant use it. This is actually one of main reasons why I still have not worked alot in 4x because the ui support for 3x erosion is rather arcane.

Now I dont know if 3x and 3026 erosion are completely incompatible but it would be nice to see the 3x erosion conservation of mass brought back, or at least some way to completely turn off uplifting when its not needed.
erosion issues.tmd (99.8 KB)