Your bug report should include: 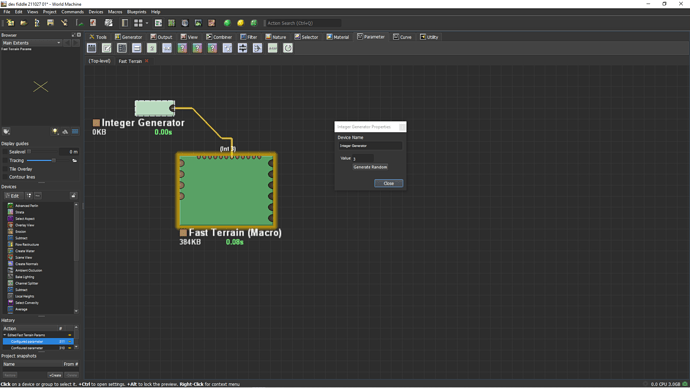 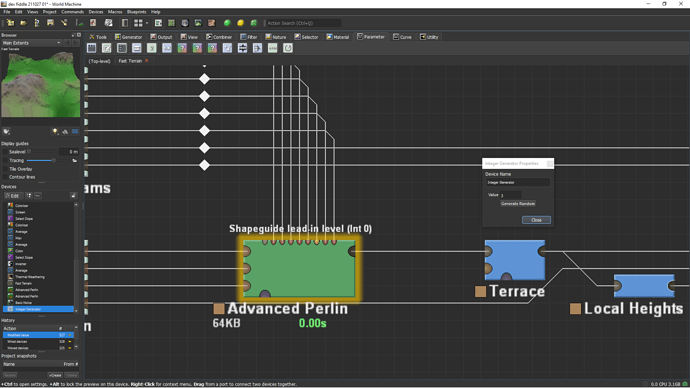 Looking at the file size, there may be another problem here. 8 Bytes seems small for a .tmd with one mountain build already in it. The file might not have saved anything in it, which means no debugging on this problem and the work I’ve done (along with the test of that macro) will be lost as soon as I close WM. I can at least attach the .dev file for that macro: Fast Terrain.dev (101.4 KB)

@davidroberson Sometimes, devices inside a macro need a “version update” before they can operate normally with the new version. It may change the “character” of your output though, as nearly 50% devices have been improved between 4020 and this one. Best to keep things separate between the stable and development build, a general rule of thumb. I personally use Alpha and Dev builds for all personal projects, there’s always something that has a potential to glitch when you work across versions this far off.