As a user of both World Machine and Gaea, after using Gaea’s latest river node, I would like to make some comments on WM’s river system.
First, WM devices have problems in calling CPU threads. When I tested it I found that Flow Restructure only uses single thread for building, and Create Water only calls multi-threads in the second half of building. Gaea, on the other hand, uses almost all of the CPU’s performance during building. As a result, Gaea’s water system builds much faster than WM at the same resolution (especially noticeable at high resolution). For comparison, at 8k resolution, my computer takes only 1 min 23 sec to build the Gaea water system, while WM takes 2 min 05 sec to build Create Water and 4 min 55 sec to build Flow Restructure.
Second, Gaea is now able to implement more complex water systems with a single node. While WM’s algorithm only allows rivers to converge but not to create new branches, so the only way to achieve a braided river is by stacking multiple Create Water. Besides, since Gaea river have a seed option, it is much easier to stack rivers like WM.
Third, Gaea rivers perform well on both very steep and very flat terrain 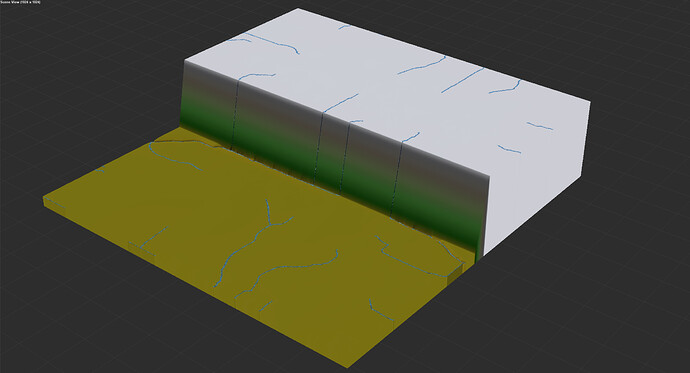 image2240×1211 203 KB
. Of course, this is too extreme and in normal terrain the two perform well in their own ways. But I prefer the meander of the Gaea river.WM: 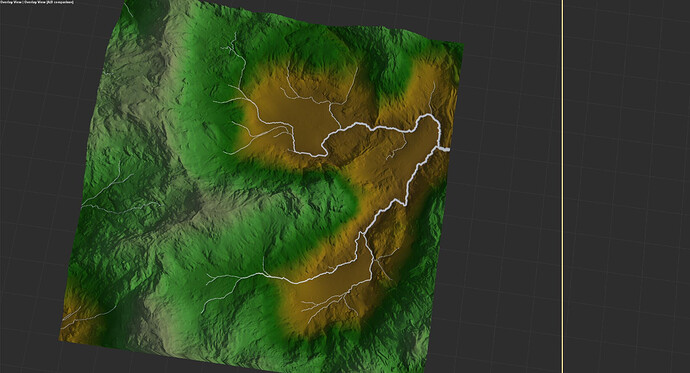 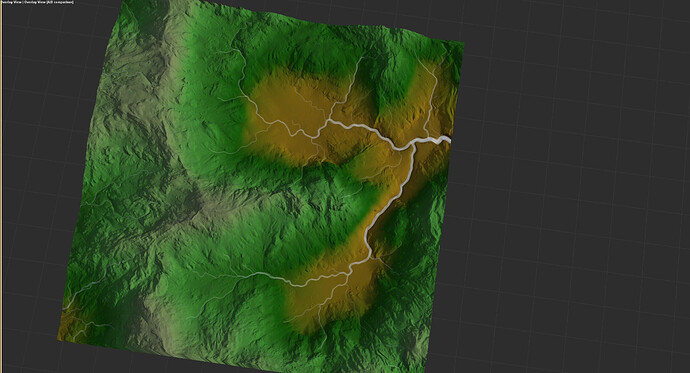 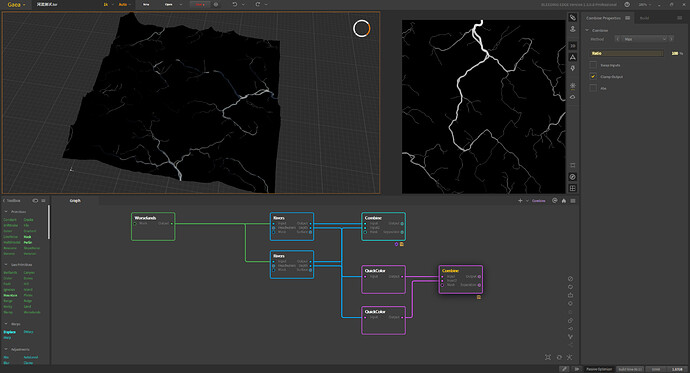 Besides, since Gaea river have a seed option, it is much easier to stack rivers like WM.

Would be really great if Flow Restruction's solver could have some sort of seed, although I’m not sure if that is entirely possible?

But I prefer the meander of the Gaea river.

I think this is very situational, and something both implementations lack (afaik), is the ability to give the “flow” solver some sort of terrain hardness input. Rivers tend to meander a lot more if the terrain is soft, in which Gaea’s implementation performs better and especially for the big rivers in low/flat areas, that is the case and preferred method for me. For small creeks and rivers in rocky areas however, I prefer World Machine’s implementation, as really snuggles in between crevices and rocks, acting more like a small river in a hard rock terrain.

It would be great if the Flow Restructure device would be able to drive its solving based on the rock hardness (and maybe slope as well?), to create meanders in soft terrain and quirky rivers in hard terrain.

And yes, “allowing” the solver to create multiple branches that reconnect later on would be amazing!

Thanks for the feature request!

I’ll start with the good news: One of the future releases shortly after Artist Point will feature very significantly improved speed in many devices, including the Water based ones. I can’t say any more right now about that, but it is definitely on tap.

In terms of the “stiffness” of the water system:

I experimented during its development with essentially adding a little bit of noise to the water pathing system which would add some interesting meander in very flat areas of the terrain. It was promising and produced a result quite like what you want - you can experiment yourself if you simply insert an Add Noise device before the flow restructure in the very flat terrain case; the rivers will immediately assume a more organic feel.

But I do agree it would be useful to have, especially since when its done inside the device, you can calculate “as if” the terrain was noisy, without causing the actual heightfield to change.

Finally, regarding distributaries / braided rivers: I would indeed like to support this. I’ve added this to the Featureupvote here for voting!