After someone asked how to do topographic lines in World Machine (and noticing that Quadspinner’s Gaea has a fairly nice node built in to do this), I set about making a macro to provide topographic lines as well as overlay a gradient using colors one might find in an actual map. I also made this to make my own fantasy mapping projects go just a little bit faster, but we don’t need to pay attention to that. The device is unlocked, so you can change the gradient, or not use it at all if you don’t like it, though the macro by default also outputs straight black topographic lines.

I set the maximum topographic layers in the macro to 20, but since it’s unlocked, you can raise it higher if you need to. I’m going to be working on reliably adding in water to the texture, without having it be locked to a specific height. I’ll post it here when I’ve done that! Let me know what you think, and if you’ve found this useful at all!

Here’s a couple examples of how it looks by default: 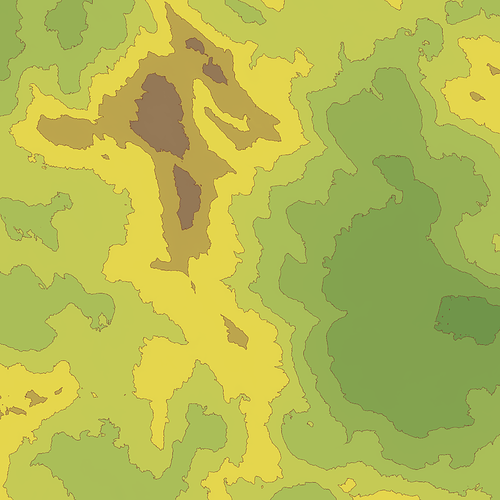 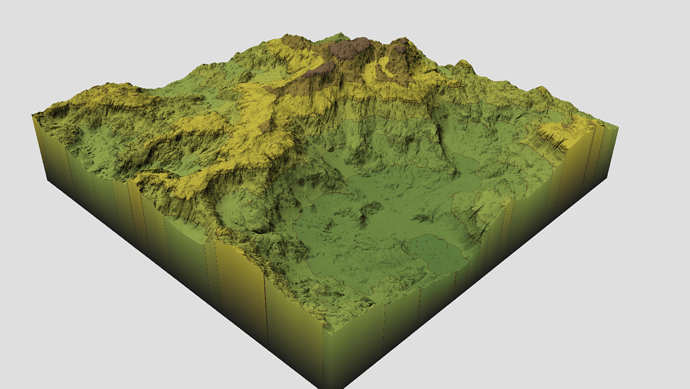 EDIT
I’ve added optional water functionality to the macro. This is the only change, so in case you don’t need it, I’m leaving the original macro above, however, this new version has proper routing, so if you’re not using the water input, it won’t increase build times at all. I can provide examples of what it looks like with the water enabled if requested, but since it’s a semi minor edit, I won’t worry about it just yet. In any case, here you go!
Topographic.dev (34.3 KB)

And just for fun, here’s what it looks like built at 8k (image downscaled to 2k) with the lines set to 20, and using real world height data from the Zion National Park area (for no other reason than it being a place I’d like to visit someday) 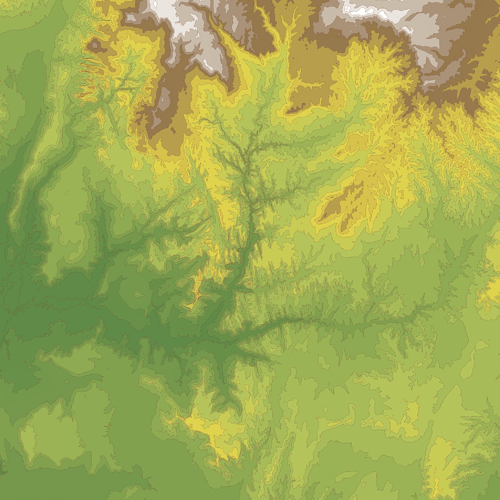 I also like your color choices for the height-gradient - it’s a very nice palette.

Thanks @Stephen ! Huge praise coming from you! I want to work more on the water gradient, have it based on the water depth itself rather than the overall height of the terrain it’s sitting on top of, so I’m going to try experimenting with unpacking the water system and feeding the depth output into a gradient. Gotta keep experimenting, iterating, and improving!

Studying the coastal texture macro has been super helpful so far, but I feel like it can be improved if I could get a better handle on it ahaha