Artist Point is very close to its first dev channel release! That first peek should be available in the next few weeks, pending any significant regressions.

As mentioned last time, the ‘Artist Point’ release of World Machine is aimed at modern, PBR-enabled workflows. Using and creating PBR materials inside of WM is a massively powerful change.

This time around, let’s take a look at some related parts that are receiving upgrades:

It can be harder to get your data out of World Machine than I would like. Depending on your use case, there may be a bewildering variety of formats and requirements.

One of the pleasant arrivals on the scene in the last few years is the popularity of the glTF format, letting you transfer a scene and its PBR material together in one file. It has become fairly widely supported by various viewers and editors. 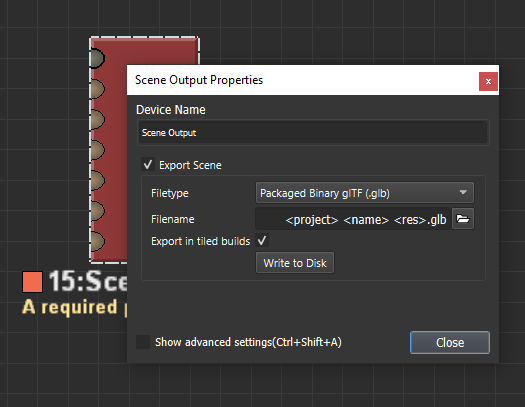 You can now check the ‘export’ button in the scene view device that you’re already using to view your scene. This lets you export all of the scene contents (terrain, water, materials, etc) in one go. For game engines using heightfields, this isn’t so useful, but for folks taking the output as a mesh into a general purpose modeling/rendering software such as Blender, etc, this can be a real help!

World Machine has always been able to export meshes, but the geometry was very heavy; the same full-resolution tessellation that WM uses internally to display the terrain. It’s very desirable to instead export an ‘optimized’ mesh, that only keeps high density in the areas that need it.

This is now available! The optimized mesh allows you to supply an optional quality mask to force WM to keep or remove tessellation in certain areas (such as having an out-of-play area transition to low res, etc). The optimizer also works with the WM water system to make sure you keep mesh resolution around your water courses, ensuring that the water and terrain meshes still fit together properly. 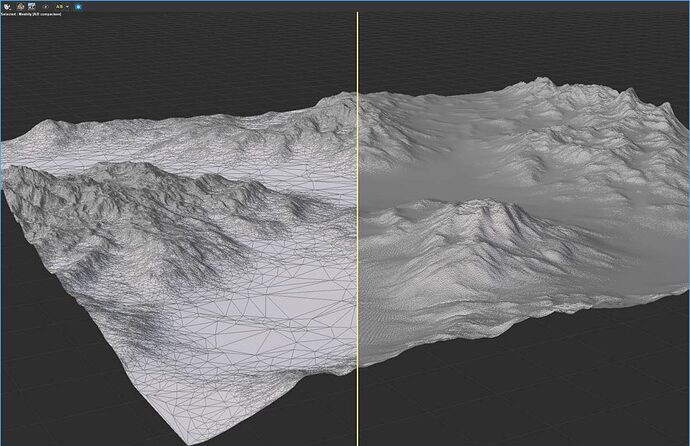 Related to this is another extremely popular request: Export tangent-space normal-maps from WM. Many 3D engines / renderers expect tangentspace maps, so being able to export them directly saves a stop in an external baking app which is very convenient.

The normal map ensures that even a highly reduced-geometry area has proper lighting and details. If exporting the entire scene at once, the baked terrain normalmap is combined with that of the world material to provide a single world normalmap.

The internal display of water has been upgraded to a PBR material that includes animating the water. The animation uses the water flow map, just as you would do in-game. 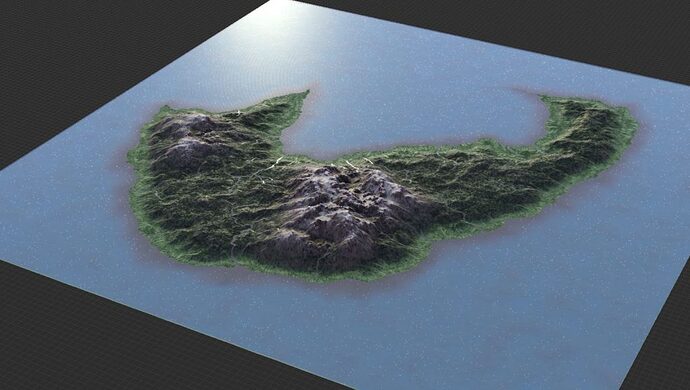 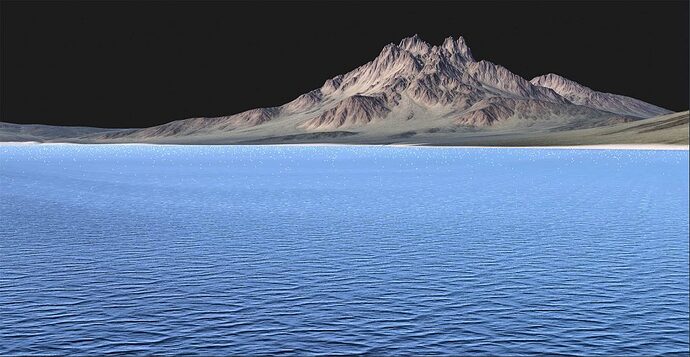 Water can be exported as an optimized mesh as well, which is a huge help as large expanses such as in the above images were very poly-heavy before.

That about wraps it up for now. You’ll be able to play with AP yourself soon enough!

As you may (not) know, we have a Feature Upvote board. Click the big button and share some of your feature requests:

Vote for your Favorite Features!

You might notice that many of the current highest-ranked suggestions have been implemented for Artist Point. 🙂 I’m highly prioritizing highly-voted features from the community, so vote for what you want to see!

This is the ideal time to start putting your requests in for what you want to see next. There are places I want the following release to go, but there’s plenty of room to include what people vote for the most.