Tips on getting better

Recently I bought the professional edition as a gift for myself (the cooorresss, thee speed!) and I’ve been enjoying it every since. As an example of some of my recent work:

However I am getting a bit stuck. Even though I am still growing I’d like to grow (even) more, but I’m unsure where to learn it, what kind of experiments are interesting or … well, essentially how to tackle it. Should I study designs other people made? What if I learn poor practices from that? Is there something as a poor practice in World Machine?

My question is primarily: what can I do to get better and get more experience with using World Machine? Is there for example a challenge series that you can try yourself and compare your implementation to those of others?

, and what your plans are on improving yourself

what kind of experiments are interesting or … well, essentially how to tackle it. Should I study designs other people made?

Studying work by others is certainly helpful and watching time lapses can give you some new insights or inspire you to try new techniques.

I think that you can have poor practices in almost any software, so yes also for World Machine. One more general “poor practice” is the practice of repetition and doing the same over and over again. Instead of exploring your boundaries and limits, you’re stuck in your comfort zone and iterating similar designs. So that is the main pitfall I want to warn you for.

what can I do to get better and get more experience with using World Machine? Is there for example a challenge series that you can try yourself and compare your implementation to those of others?

This sounds like a fun and beautiful idea. I know of a similar thing in the logo design world, which we can draw inspiration from. But if you want a challenge right now, try creating a mountain range with a glacier. You can find inspiration in the glacier macro by @JakBB. Another challenge is to create a multibiome map with at least 4 different biomes for example, let’s say mountains, canyon, river/grasslands and a desert or taiga.

And lastly, finding good peers you can draw inspiration from is always nice, so I suggest joining this Discord group.

I hope this helps and if you have suggestions, I’m all ears and would like to discuss them!

HYLK has great suggestions. Also one of the best things you can do to improve your technique as well as your vision is to study the real world and try to emulate it. Find references that inspire you and try to recreate them. Maybe you’re focusing on specific elements and details, or maybe you want to try and make a large scene. It doesn’t matter, so long as you’re looking closely at the world you are learning.

Those are interesting suggestions - I’m going to look into the glacier this weekend!

Popping in here a week later to mention: There are two (technically three, I’ll explain in a moment) resources I use when attempting to use real world locations as inspiration.

For anything worldwide, there is Terrain Party. Terrain Party is a tool primarily designed to provide heightmaps for use in Cities: Skylines, but they are just normal (albeit relative low resolution) heightmaps, so can very easily be brought into World Machine to easily study in three dimensions. That being said, what Terrain Party excels at in availability (There are very few locations around the world that I haven’t been able to get some kind of data from), it lacks in resolution. If I recall correctly, the maps it exports are at 1008x1008 resolution, no mater what land size you’re working with. I assume this is probably due to requirements from Cities: Skylines, but I can’t be positive. When higher resolution data is needed, that’s where my second (and third) resource comes in.

For high resolution maps, I tend to stick in the United States, because the USGS (United States Geological Survey) has made a ton of high resolution height data available in multiple formats for free. You don’t even seem to need an account to download them. Every map I’ve encountered so far has had to be brought into a (free) program called QGIS to export a map readable by World Machine, but it’s a relatively simple process, and gives you a lot of customization on exactly where you want the map centered, how large an area you want to cover, etc. I’m sure other countries have similar government entities with similar quality maps, I just don’t know about them.

Utilizing either (or both) of these resources gives a very easy way to view real world data in World Machine, allowing you to study it and, hopefully, recreate it. Obviously, the recreation is easier said than done, as there is some information height data can’t give you (for example, is that recess in the terrain a flow line or a river? No real way to tell unless you’re also looking at satellite imagery in a separate window). But they are always fun experiments, and can get you making terrains outside of your normal comfort zone. That being said, there are some real world locations that, while not impossible in World Machine, are incredibly difficult to recreate, so be aware of that. River deltas are one such terrain that have been discussed. These fringe cases can be incredibly frustrating, so if you’re having a problem with a specific type, don’t be afraid to ask around, see what kinds of things people have come up with (or find out if something is just not possible inside of World Machine).

My own workflow for grabbing real world data is this: 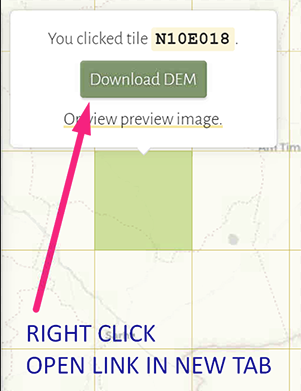 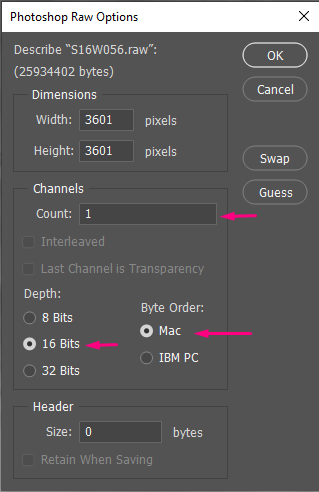 The Derek Watkins downloader is a great interface and makes the process simple and enjoyable, and it’s relatively high resolution data. I’ve downloaded most of Africa. Because the files get huge I flatten the chunks into a single layer and get rid of everything else.

I’ve downloaded most of Africa.

This sounds so funny out of context lmao.

But those are great sources! I was already familiar with Terrain Party, but will make sure to check out the other, sounds like something that will come in handy from time to time.

That being said, there are some real world locations that, while not impossible in World Machine, are incredibly difficult to recreate, so be aware of that. River deltas are one such terrain that have been discussed.

But that is precisely why I suggest trying to recreate it, even multiple attempts, because soon or later, you will get a client asking you to create a river delta.

But that is precisely why I suggest trying to recreate it, even multiple attempts, because soon or later, you will get a client asking you to create a river delta.

True, I meant that less ass discouragement and more as a “If you’re finding something difficult, don’t hesitate to ask for help or ideas.” Continuing to use the river delta as an example, trying it with no help might lead someone to believe that it’s not possible, but I think it was someone here who suggested that, as a last resort, one could always just manually draw the branching streams of water within a river device, which was something I hadn’t thought of at the time, and probably wouldn’t have without someone else’s input.

My own workflow for grabbing real world data is this:

This is another great tool! I will mention just as reference, for specifically areas within the United States, the USGS archives have data down to 1/9th arc-seconds for certain areas, if you ever find yourself in need of finer detail.

Hello everyone - first thank you for the elaborate responses! I’m still looking into all of them and will post the first attempt at the glacier shortly!

I was wondering HYLK, could you share the discord link again? I tried joining it and Discord mentions it is invalid.